I’ve got a build that is running terraform on github actions (I actually have loads of them) and I’ve been noticing that they are very chatty about warnings now. 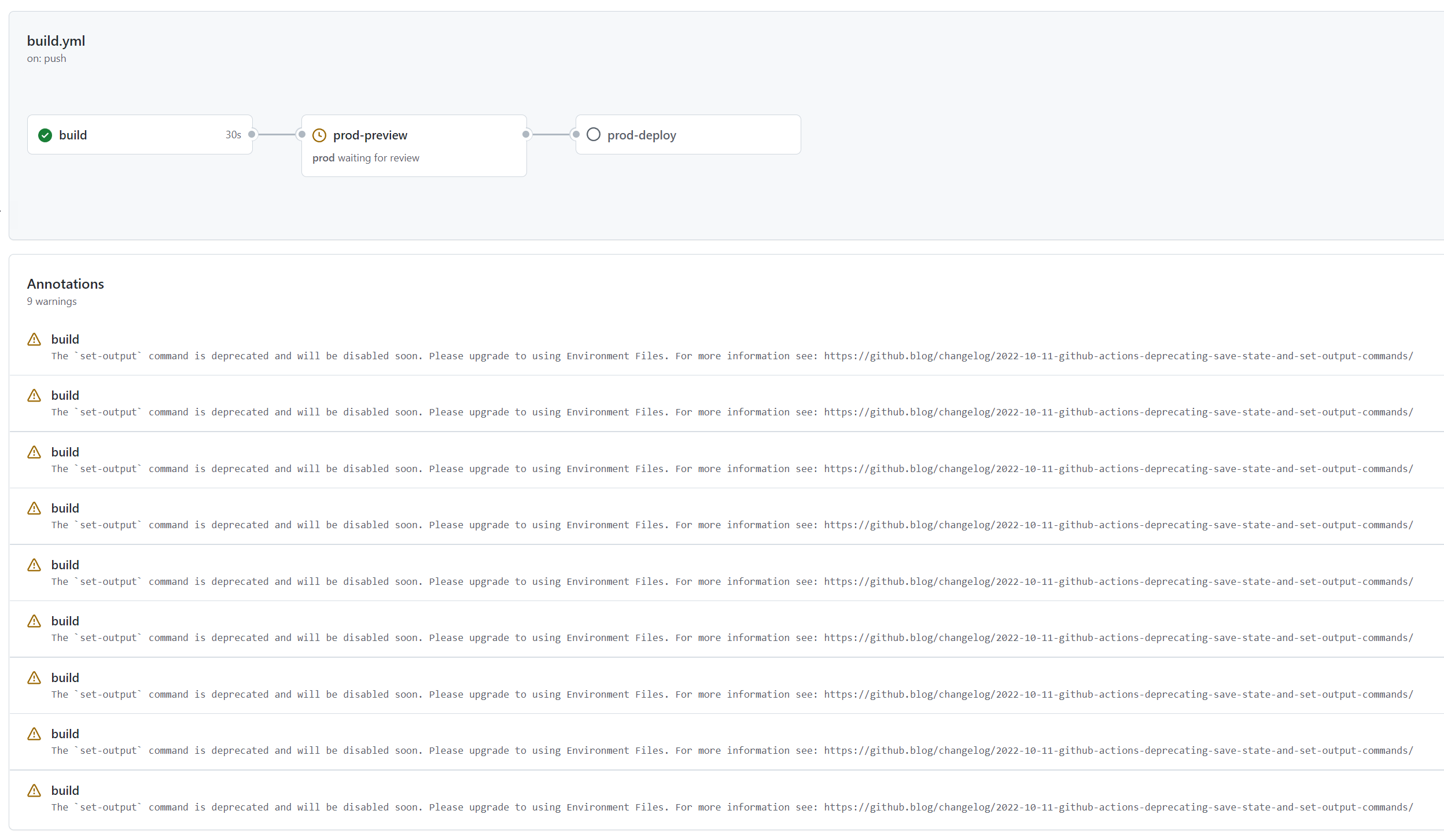 The history here without reading that link is basically that github are changing how we push variables to the pipeline for use in later steps. There were some security implications with the old approach and the new approach should be better

Problem was that the steps on which I was having trouble didn’t obviously use the set-output command.

I had to dig a bit to find out that it was actually the terraform command that was causing the problem. See as part of the build I install the terraform cli using the

but for future readers if there is a more recent version of setup-terraform than 2.0.2 then you can update to that to remove the warnings. Now my build is clean